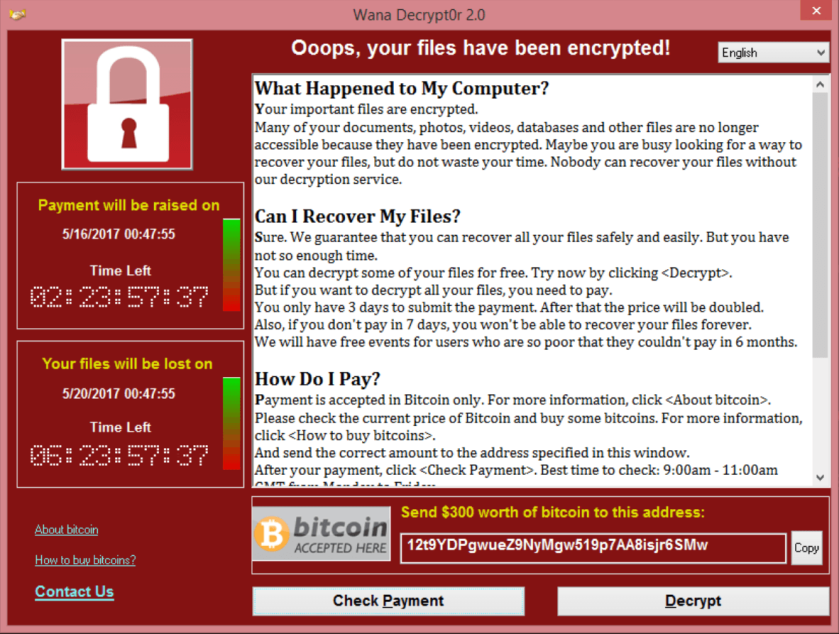 WannaCry or WannaCrypt ransomware hit several countries in Europe and Russia hard last week, the US was not hit as hard, some companies in the US like FedEx did report some disruption to their network.

The ransomware is based on an NSA exploit that was released to the public. Microsoft released a patch for the exploit shortly after the leak.

Although ransomware is not new, it has not been so widespread before. There were usually limited infections. You would hear about some people or a hospital or police agency being infected and paying the ransom to get access to their files again not entire portions of the world.

The first wave was partly stalled when a security researcher found that the ransomware was trying to reach out to a web address that was not active. He registered the name and that turned out to be like a “kill switch” stopping the infection from spreading as badly.Unfortunately

Unfortunately, the authors were able to easily remove that kill switch and start a second wave that is currently spreading.

Many fear Monday will bring a third wave of infections as people go back to work and start reading their emails, and this one will affect the US much more.

What to do to protect yourself

Protecting yourself or company is surprisingly straightforward and it is how to protect yourself from most infections.

If it is so easy to keep from being infected, why is it such a problem?

Unfortunately, although easy, many people and companies do not follow these procedures.