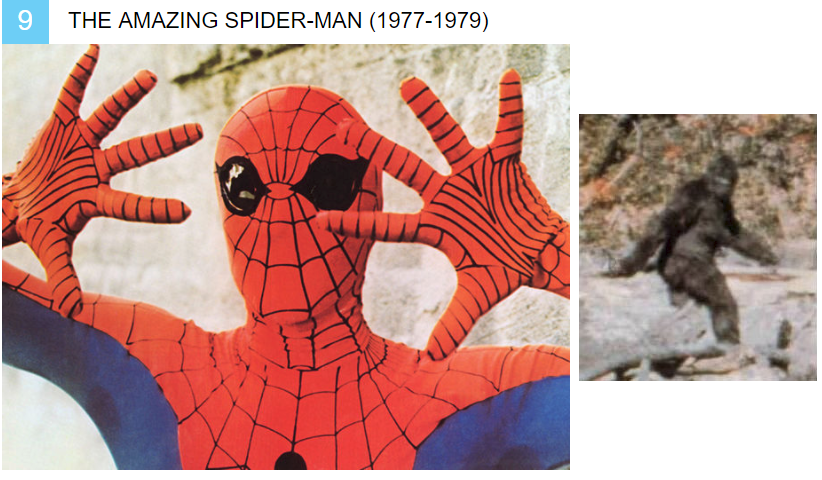 The Patterson Film is considered the best proof / film evidence of the existence of Bigfoot. It was shot in 1967 by Roger Patterson and Robert Gimlin in Bluff Creek, a tributary of the Klamath River, about 25 miles northwest of Orleans, California. The two men were out riding there horses filming their own “western” movie when they saw the creature and started filming it. They were on horseback much of the time and by the time they got on their feet they had little time to record the creature walking a few steps and turning to look at them then continue walking.

The film and their story has been the center of much Bigfoot debate ever since. Being the one solid “proof” that believers can point to and the thing that disbelievers try to disprove.

My opinion on the footage –
1. Few if any real examinations of the footage give compelling evidence of it being fake, and most of the examinations classify it as inconclusive or even say it is a non-human or ape-like creature. In fact, most examinations think it does not move or behave the way a human would, and the muscle movement and hair can not be faked.

2. One claim to the “fakeness” of the footage is that one of the people Patterson knew or helped film the creature worked in Hollywood or tv and was able to make the suit.

I contest the Pictures here prove that to be not true.

In the late 1970’s Hollywood could not even make a good Spider-Man costume for the TV and movies that came out then!
How could one guy who may have had some experience make a VERY CONVINCING Bigfoot suit that has experts unsure or convinced for 50 years now?

The Patterson film, best frame of the footage.

Modern Film industry personnel from Universal, Disney, and Bill Munns – who created the monkey suits for 2001 have also said that they could not make a suit that looks this good. – Wikipedia